After hitting ‘rock bottom,’ addicts and alcoholics find a road to recovery

In addiction phraseology, it’s often called “rock bottom.” It’s a state of mind known as the nadir of suffering, an overwhelming feeling of hopelessness. Sometimes it’s a jumpoff point at which misery is traded for normalcy and meaning, where one life ends and another begins. 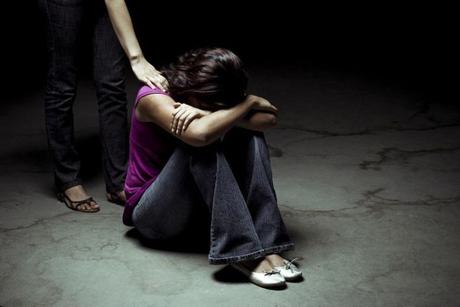 Ryan Hess’s rock bottom came during a drizzly December in Ohio. He was yet again high on heroin, and he had been that way for more hours than he could remember. The 33-year-old lay on a filthy sweatshirt beneath a piece — just a small piece — of tent, stolen from a stranger’s garden shed. His socks and shoes were wet, his breath and body reeked.

“I was hungry and very lonely,” he says. “I broke down weeping like a baby. I needed help, and 48 hours later I finally accepted it.”

Hess entered rehab and completed four-plus months of inpatient and outpatient treatment, committing himself to sobriety after some 15 years of what he calls “horrible” substance abuse that had included two overdoses.

Eight years into sobriety, he continues to vigorously work the 12-step recovery program with his sponsor, detaching from "anything that creates unmanageability in my life" and regularly meeting with a group of sober men he has dubbed his Fab Five, "who call me on my bull," he says.

“If someone would have told me that night that I would get my family back, have a job I love, own a home and be a dependable member of society, I would have told that person they were insane,” he says. “But look — I’m doing it. It’s hard work and it takes dedication and sacrifice, but today life is amazing.”

'It was hard at first'

Hess is one of about 22 million Americans in recovery from drugs and alcohol, according to a 2017 study from the Recovery Research Institute of Massachusetts General Hospital, an affiliate of Harvard Medical School.

Just as all substance use disorders are unique to the individual, so are the methods by which people achieve their sobriety — and then hold on to it.

Some attain it via formal supports and professional interventions, including medications that help manage cravings. Others beat addiction by paving their own road, reaching their goals without structured care, sometimes fortified by an intensified passion based on parenting, spirituality, creativity or activism that lends structure and solidity to their lives.

Whatever the route, extended abstinence — meaning at least several years — is predictive of sustained recovery.

“Reaching the three- to five-year mark seems to be a major milestone,” says Robert Ashford, recovery scientist at Philadelphia’s University of the Sciences Substance Use Disorders Institute and a person in recovery for six years. “That benchmark can signal a reduced risk of returning to substance use because the person with addiction has had the time to develop effective coping skills, social connections and a renewed sense of self, among other healthy attributes. It doesn’t mean your recovery is finished, but it is a reason to breathe a little easier and be proud of yourself.”

Ashford says access to education, gainful employment and safe housing are important, but that finding an increased sense of purpose and meaning in life can be key. “For some, this means giving back to others in recovery, such as being a mentor. For others, it may mean just doing the next right thing time and time again.”

It has been nearly six years for Lissa Franklin, 30.

A native Iowan, Franklin migrated to Florida for treatment in 2011 after several cocaine- and alcohol-infused semesters at a university earned her five hospitalizations for alcohol poisoning, a 1.2 grade-point average and a request to leave the school. She had been drinking almost daily, she says, since age 14, but “I didn’t seek help because I thought I needed to be under a bridge with a bottle in a bag.”

After getting sober in February 2012, Franklin returned to college, graduating with honors from the University of Miami with a degree in psychology. She works in addiction treatment and packs her spare time with volunteer commitments in the recovery community.

Franklin says she has built a life that’s worth maintaining, and she fiercely protects it.

“It was hard at first, because you really have to stand up for yourself, and sometimes it’s lonely,” she says. “I didn’t go home to Iowa for the first three years because it wasn’t supportive for me.”

In Florida, not all of her friends have had addiction or heavy-use issues, but some do. “I’m just careful,” she says. She vets her social invitations, “and if there’s going to be drugs or lots of alcohol involved, I don’t go. You’re either working toward recovery or you’re working toward relapse. All it takes is one decision.”

Good decisions and ­self-control were a long time coming for Josh Horton, 35, who saw the inside of a jail cell for the first time at age 16 with an arrest for a DUI for alcohol intoxication. As his use mushroomed from marijuana to cocaine to opiates, his only objective was to “continue to successfully drink and use drugs,” he says.

For 13 years, Horton went in and out of detention and treatment, his substance use bookended by behaviors and situations frightening and almost humorous: A high school dropout, he says he took the GED while intoxicated — and passed. Once he was arrested for repeatedly firing a 9mm handgun outside his townhouse while drunk — luckily not injuring anyone or himself. Arrested, shackled and naked, he was kept in solitary confinement for three days detoxing from the prescription anti-anxiety drug Xanax and alcohol, without the medical assistance that is usually offered to prevent seizures that are common when going cold turkey.

“My story is a lot about chaos and failure,” he says, “and that I didn’t die in the process like a lot of my friends.”

In 2013, Horton got sober through what he says was “a mixture of education, opportunity and love, all meshed together,” and his story of failure began to tilt toward success.

Returning to a local community college, he eventually won a scholarship to the University of Mississippi and got a law degree there.

“Serving others was imperative for my own recovery,” he says. “It gave me something to live for and aspire to.”

Today, Horton is an attorney with a South Florida law firm, working on cases that range from investigating kickbacks and wrongful deaths at ­sober-living homes to suing pharmaceutical companies on behalf of individuals and municipalities.

“This work is so important to me personally because I can’t count the number of friends I’ve buried as a result of opioid-use disorder,” Horton says.

It’s truly personal: His best friend got a bad dose of heroin, and it killed him. “His two little girls found him, and they had to go sit on the sidewalk with their suitcases packed because ‘Daddy was hard and had flies in his mouth,’ ” Horton says. “My ability to try to prevent this kind of tragedy and loss propels me to do this work day after day.”

Donell Rheubottom, 38, didn’t think those odds of overdose and death applied to him. As a cocky teenager, he was used to being around substance users on both sides of his family, he says. He began using opioid pain pills at age 14. By 15, he had moved to heroin. As a talented athlete, he starred on his Carroll County, Md., high school football and basketball teams even while snorting cocaine and heroin in the locker room postgame.

But his escalating drug use and risky behavior reached a breaking point. He impregnated two girls at the same time, becoming a reluctant father at 17. He was collared for stealing money for drugs from a school employee, was suspended and never completed his junior year — effectively ending his chances of trying for a college athletic scholarship. He never went back to school.