As Trump claims credit for decline in opioid deaths, others see signs of danger ahead

WASHINGTON — Ahead of a 2020 race already focused on health care, President Trump is boasting that his administration played a huge role in achieving the first annual drop in overdose deaths in three decades. The drop, he crowed recently, is “tremendous.”

But behind the scenes, his administration’s efforts to address the opioid crisis are increasingly contentious. Two federal agencies are feuding over how to classify certain drugs too dangerous for public consumption. And in the two-plus years since his inauguration, his White House has yet to nominate a leader for the Drug Enforcement Administration. 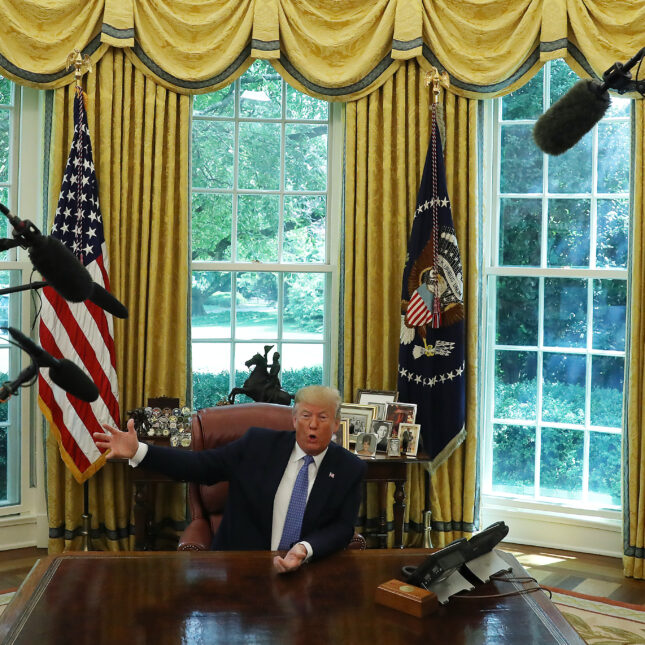 Public health experts caution that not only is Trump claiming victory too early — his sometimes-chaotic approach might actually be setting back public health efforts to rein in a broader drug crisis that currently claims 70,000 lives per year.

“They’re going to make the political argument that they’re winning,” said Regina LaBelle, the former chief of staff for the Office of National Drug Control Policy during the Obama administration. “Which they can say, since deaths are down. But I get concerned that we’re going to take our eye off the ball on the broader issue of addiction.”

Trump’s triumphant declaration he had succeeded in helping to lower the overdose death rate came a month ago, at an event touting the administration’s drug policy victories and the White House’s success in pushing major addiction legislation through Congress last year.

“This is a meeting on opioid[s],” Trump said then, “and the tremendous effect that’s taken place over the last little period of time.”

There’s a compelling sway to Trump’s political argument. The hard-hit states Trump advisers like Kellyanne Conway point to as beacons of progress last month in the Roosevelt Room of the White House include many critical to his reelection hopes: Pennsylvania, Ohio, Florida, and Iowa.

The braggadocio will set him up, too, to take on the slew of Democrats challenging the president in 2020, nearly all of whom have already unveiled ambitious plans to improve addiction and mental health care.

For Trump and even some of the Democratic candidates, too, tackling the country’s opioid crisis is part of a broader effort to appear tough on drug-related crime. He has proposed jailing pharmaceutical executives and, infamously, suggested some drug dealers should be executed.

His administration’s media strategy has echoed the intensity, with some television ads featuring people driving cars into walls or smashing their own fingers with hammers so as to obtain opioid prescriptions.

An insider's guide to the politics and policies of health care.

But for all the emphasis on prevention and enforcement, the administration is hardly united.

Already, tension between two drug policy camps — public health advocates and researchers on one end and law enforcement on the other — has spilled into public. The DEA itself has lobbied Congress to expand its authority, in an aggressive advocacy push the Trump administration has not formally endorsed.

At a closed-door briefing for Senate staff on June 20, a DEA chemist urged lawmakers to empower the agency to classify all fentanyl analogues as Schedule I, congressional aides told STAT.

A researcher from the National Institute on Drug Abuse forcefully opposed the legislation, saying the designation had little scientific basis and could threaten researchers’ ability to investigate fentanyl compounds and develop life-saving medications, including stronger equivalents of the overdose antidote naloxone.

The Senate briefing, which was first reported by Reuters, followed a DEA-only briefing on March 1 for House of Representatives staffers. Both presentations were met with skepticism, according to aides in both chambers. Though the Schedule I designation relies on chemical and public health analysis, the DEA has advocated to remove the Food and Drug Administration and the National Institute on Drug Abuse from the process.

A hearing last month on the proposal, ominously titled “The Countdown,” featured no representation from public health officials. Some lawmakers were openly wary of DEA’s advocacy, with Sen. Dick Durbin (D-Ill.) in particular vocally warning of potential research and public health implications.

Led by Durbin, eight members of the Senate Judiciary Committee — seven Democrats and a Republican — wrote to health secretary Alex Azar on Thursday to air those concerns again.

“We are concerned that the failure to engage necessary health experts vests far too much authority to a law-enforcement agency and may result in action that will deter valid, critical medical research aimed at responses to the opioid crisis,” the group wrote.

While the enforcement-heavy approach carries potential benefits, outside observers say it also represents the latest skirmish in a decades-long war between the DEA and the Department of Health and Human Services.

The DEA is “playing on people’s fear in order to make a power grab that predates the fentanyl crisis,” said Michael Collins, the director of the Drug Policy Alliance, a Washington advocacy group that has warned against enforcement-only approaches to the nation’s drug use and overdose epidemic. 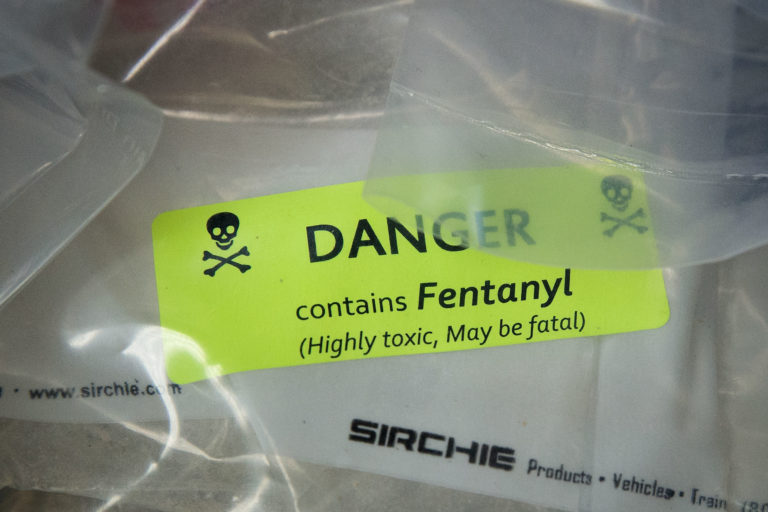 The DEA and the Department of Justice, its parent agency, have used aggressive tactics to advance the proposal, which was authored by Sen. Ron Johnson (R-Wis.). DEA representatives have claimed that unless Johnson’s bill passes, some forms of fentanyl could effectively become legal if Congress fails to extend an emergency order from 2018.

The move is necessary to guard against highly sophisticated drug traffickers, she said, in which criminal fentanyl kingpins would make a marginal alteration to a drug compound for the sake of evading U.S. drug laws.

“Once we got a fentanyl-related substance permanently scheduled, the drug traffickers, who are very smart, would alter that molecular structure just by a tiny bit, and then obviously it wouldn’t be illegal in this country,” said John Martin, an assistant administrator for diversion control at DEA. “It was that kind of cat-and-mouse game we were playing.”

Public health experts — including several from HHS — point to existing law that provides for prosecution of chemical compounds that are similar in effect but not identical. Drug policy figures representing groups including the American Psychological Association and the American Society of Addiction Medicine have publicly opposed the measure.

Exclusive analysis of biopharma, health policy, and the life sciences.

“DOJ’s jobs are going to be a little bit more challenging,” Collins acknowledged. “We are being asked to give DEA control of the scheduling process and give up due process and allow more prosecutorial power — and give up researching these substances and potentially saving lives as a result of that research.”

But even ardent advocates of controlling drug supply cannot square the president’s rhetoric with his failure to appoint an official best equipped to do so. Asked about the DEA vacancy, a White House spokesman told STAT there were no impending personnel decisions. The Trump administration, he said, had full confidence in Uttam Dhillon, who has served as acting DEA administrator for the past year.

“The White House is so disorganized and dysfunctional that they can’t pluck an apple sitting at eye level in front of them,” said Gen. Barry McCaffrey, a retired Army general who served as “drug czar” in the 1990s under President Clinton. “Why wouldn’t you have a DEA administrator, for God’s sake? In 14 workdays, you could come up with a dozen superlative people with political chops who would take that job.”