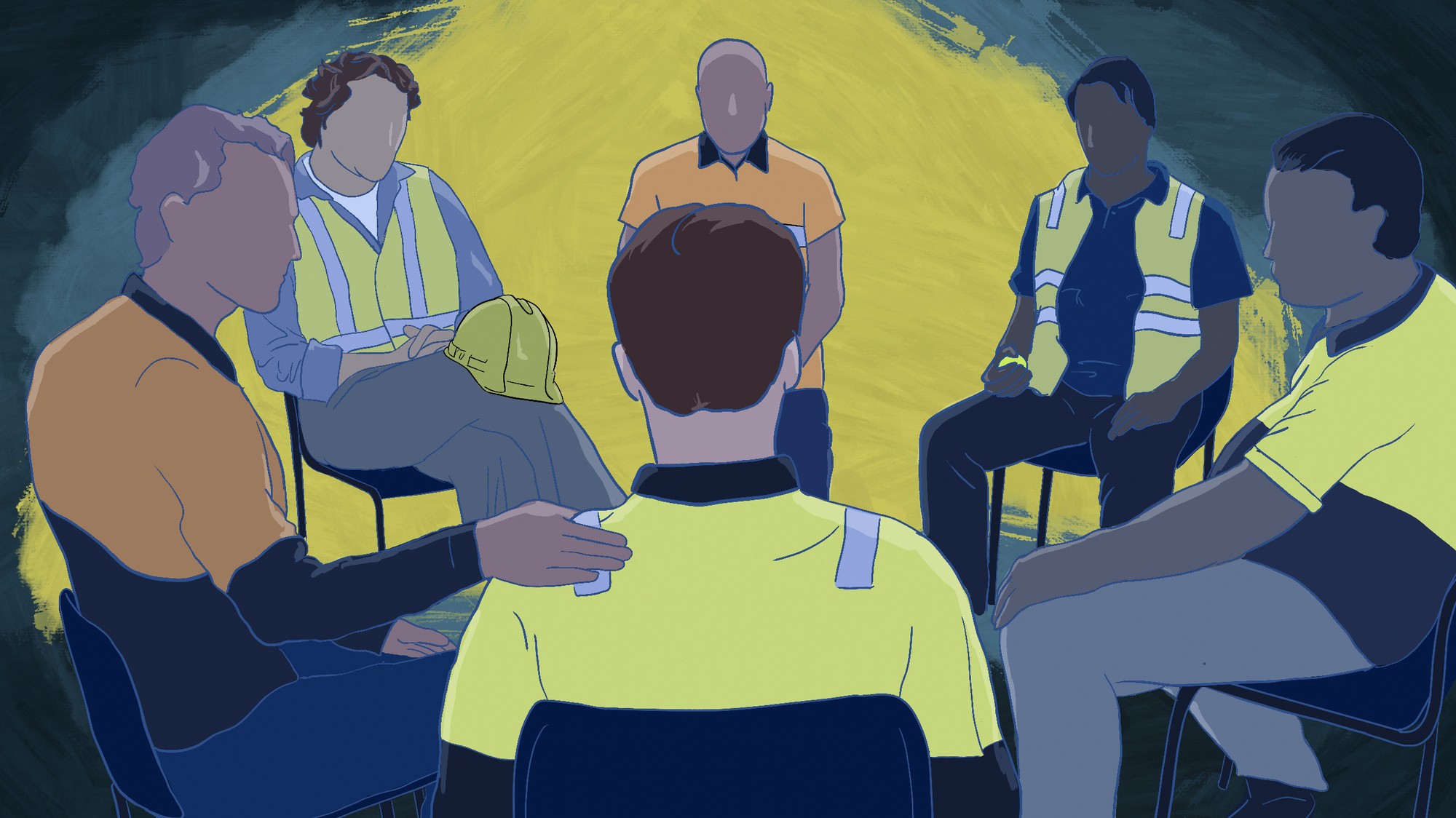 But a new study finds construction work also comes with another danger: An increased risk of drug abuse.

Construction workers and miners are much more likely than people in other professions to misuse opioids, cocaine and marijuana, the research showed

Construction and extraction workers use prescription opioids more often than all other professions combined -- 3.4% vs. 2%, analysis of U.S. federal survey data shows.

These hard-hat workers also are most likely to use cocaine, with 1.8% reporting use compared to 0.8% in all other professions.

Construction workers also were the second most likely to use marijuana. Only folks in service-oriented jobs use marijuana more -- 12.3% vs. 12.4%. All occupations outside construction and mining have combined have a combined average use of 7.5%.

"Quite frankly, our world would not exist without these folks," she said. "The construction workers, the mining and extraction workers, they help make our world go around. We need to make sure they can stay employed and live the healthiest life they can."

Ompad and her team based their findings on federal survey data gathered between 2005 and 2014. They compared construction and extraction workers -- 5.6% of the 293,500 surveyed -- against people in 13 other job categories.

Ompad cautioned that the findings don't necessarily mean that workers are stoned on the job.

The high-risk and physically demanding nature of construction and mining work is the most likely explanation for all this drug use, Ompad said.

"They do experience a quite a bit of pain, and not just from injuries," Ompad said. "I think a lot of them are prescribed opioids, and when their doctors stop prescribing opioids and their pain is still there, they continue to use them anyway."

She said workers probably use cocaine to help them stay alert.

"It's about being productive," Ompad said. "They are tired. This is hard work. And I think cocaine helps some people work better or longer."

The stress associated with these jobs -- both the nature of the work and the fact that employment is often temporary and precarious -- likely encourages the use of marijuana to unwind, she added.

Construction workers and miners who were unemployed in the past week or working for three or more employers were more likely to use marijuana or misuse prescription opioids, the study found.

Pat Aussem, director of clinical content and development for the Center on Addiction in New York City, reviewed the study and agreed with Ompad's take on the survey.

"These findings aren't surprising given the hazards of construction and extraction work coupled with the likelihood of unstable employment, undoubtedly resulting in a lack of insurance coverage and treatment of health care needs," Aussem said.

Drug use also was associated with worker absenteeism.

Those who missed three to five days of work in the past month due to illness or injury were twice as likely to be misusing opioids, the results showed. Hard-hats using marijuana were more likely to have missed one to two days in the past month because they didn't feel like working.

Workplace drug policies appear to be more effective in stemming marijuana use than use of cocaine or opioids, researchers found.

Specifically, workplace alcohol tests, drug tests during the hiring process, random drug testing, and having an employer who fires employees with a positive drug test were all associated with lower odds of marijuana use.

These policies had no effect on opioid use, and only written drug policies were associated with reduced odds of cocaine use, the study found.

Ompad said these workers shouldn't be penalized for their drug use.

Aussem said doctors can assist by steering injured workers to "non-pharmaceutical options" such as acupuncture, massage and physical therapy.

"Helping these workers and others who are similarly situated will require a multifaceted approach, including screening and treatment of substance use as well as access to affordable acute and chronic pain management care," she said.

The new study was published Oct. 30 in the journal Drug and Alcohol Dependence.