When Erie County Prison inmates go to visit with a psychiatrist, some could soon be sitting down across from a computer screen. 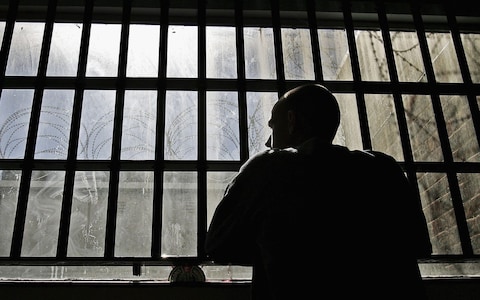 The prison is exploring the possibility of offering telepsychiatry, a service that would use video conferencing to connect inmates with a psychiatrist working remotely.

The service would give Erie County Prison inmates access to a trained forensic psychiatrist, Keelin Garvey M.D., who would work with on-site staff to provide mental health care from Rhode Island, where she is based. It would also provide wider access to a specialist in the needs of prison inmates at a time when officials said the pool of psychiatrists who are trained in such work is limited.

"It's just to augment the services that we have and try to take advantage of new technologies and new opportunities that are available," Bryant said. "We've got psychiatry in place, it's just another avenue that we can go into to expand the amount of services that we might be able to provide."

Garvey, 39, met with prison administrators a week ago to learn about prison operations and to discuss how the telepsychiatry program might work at the prison.

Telepsychiatry has never before been offered at the prison, Bryant said. Though the logistics of the program are still being developed, Garvey could meet with inmates through a mobile computer screen that would be brought to inmates in their cellblock, also known as a pod, or within a designated location within the prison.

"We're looking at having a kind of rolling system, where a nurse will be bringing a screen that will have me communicating on it to the patients," Garvey said.

Telepsychiatry could be up and running in the prison by the end of the summer, said Robin Dowling, the executive director of Stairways Behavioral Health. Stairways contracts with Erie County to provide mental health and drug and alcohol services at the prison.

Stairways is partnering with InnovaTel Telepsychiatry, an Erie-based company, to provide telepsychiatry in Stairways' Forensic Outpatient Clinic, where many inmates continue receiving mental health treatment after their release from prison. The telepsychiatry program would expand to include the prison once the details are finalized, Dowling said.

She will begin providing telepsychiatry at the outpatient clinic, which serves 757 people on probation or parole, as soon as possible, Dowling said.

"It's been so difficult to recruit someone with (Garvey's) expertise," Dowling said.

"The need's immense. There's a shortage of psychiatrists literally everywhere in the country," said Jonathan Evans, the founding president and CEO of InnovaTel and the former CEO of Safe Harbor Behavioral Health of UPMC Hamot. "There's even more of a shortage of forensically trained psychiatrists."

InnovaTel currently offers services in nine states, Evans said. This would be the company's first time offering telepsychiatry in a prison setting, he said.

The need for forensic psychiatry is especially acute because of the large number of prison inmates who suffer from mental illness nationwide – a number that has been driven by the "systematic closing of state hospitals" designed to treat the mentally ill, Evans said.

"Their mental health diagnosis gets them into situations that often cause them to be arrested, or utilize illegal drugs to self-treat," Dowling said.

The Pennsylvania Department of Corrections, which houses inmates from across Pennsylvania who receive prison sentences of two years or longer, reported in 2017 that 31 percent of its total inmate population was "on the mental health roster," with 8.9 percent considered to be seriously mentally ill, according to state statistics.

"People are just sicker and sicker, and the more experienced individuals that you get into the mix, it certainly can't hurt," said Bryant, the warden.

Garvey said her training in forensic psychiatry assists her in handling the specialized needs of prison inmates. Forensic psychiatrists are trained to identify suicide risk factors and train other prison staff in recognizing those factors, she said.

Psychiatrists working in a prison setting must also be attuned to the possibility of "symptom exaggeration," Garvey said.

"Having specialized clinicians who really can recognize and diagnose accurately, not over- or under-diagnose, not under- or over-treat, is just very valuable," Garvey said.

Communication with on-site prison staff and mental health providers is crucial in telepsychiatry, Garvey said. Nursing staff at the prison would be able to tell Garvey details she cannot perceive through the computer monitor, she said, such as problems with hygiene or small movements that could be a side-effect of medication.

"Correctional staff, nursing staff, really everyone that lays eyes on the inmates has valuable information that I need to be able to diagnose and treat appropriately," she said.

Working with inmates while they are in prison would allow Garvey to provide continuous care to those who continue receiving mental health treatment at the Forensic Outpatient Clinic after their release, she said.

"Getting them even to that first appointment can be very difficult, so we're hoping that with starting the relationship inside the jail, kind of establishing as much rapport as we can with the time that we have, will help to encourage them to engage on the outside," Garvey said.

The telepsychiatry technology also allows Garvey to view her patients' medical records on her computer screen while she simultaneously meets with them through video conferencing.

"She will have exactly the same interaction with the patient as if she were sitting across the desk," Evans said.BY MADELEINE O'NEILL