In Russia, declines in alcohol consumption and mortality have gone hand in hand

Since the early 2000s, Russia has seen significant declines in overall alcohol consumption, and a new review shows that there has been a parallel, steep decline in the country's mortality rates as well.

Much of this decline in drinking has been the result of economic factors, evolving patterns of alcohol consumption, and alcohol policies enacted by the government, according to the review, published in the most recent issue of the Journal of Studies on Alcohol & Drugs. 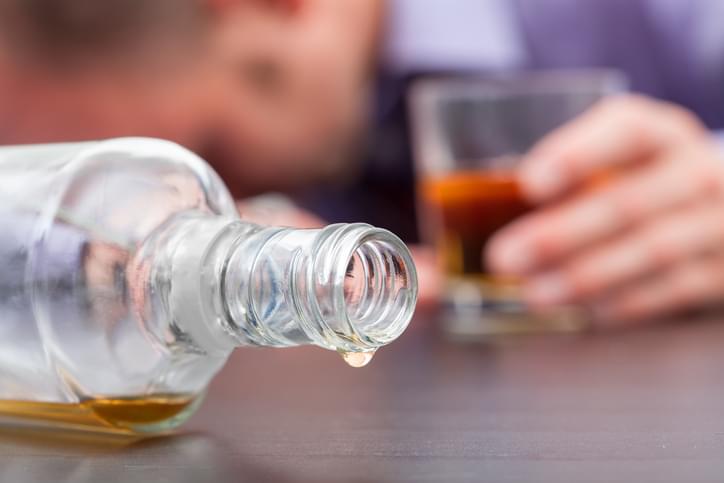 In Russia today, life expectancy for men and women is 6.1 and 4.7 years longer, respectively, than it was in 1980, with alcohol consumption patterns playing a disproportionate role.

To study the relationship between mortality, alcohol consumption, government policies, and social trends, the researchers analyzed a number of sources. These included the Russian Fertility and Mortality Database to obtain data on death rates and cause of death, including deaths specifically due to alcohol consumption (e.g., alcohol poisoning, liver disease, and cardiomyopathy) as well as deaths frequently related to drinking (e.g., suicide and homicide). They obtained data on life expectancy broken down by sex and beer sales from the Russian Statistical Service.

Alcohol consumption rates were determined using a technique developed by the study's first author, Alexander Nemtsov, of the Moscow Research Institute of Psychiatry.

Neufeld and colleagues observed three waves over time in which drinking and mortality dropped together.

The first was 1985 to 1987, a time that corresponded with Mikhail Gorbachev's anti-alcohol campaign of the 1980s. Shortly after repeal of these measures in 1990, life expectancy again dropped while alcohol consumption, particularly of illegal vodka, increased.

In the second wave from 1995 to 1998, life expectancy again grew as the economy faltered and alcohol consumption declined. But beginning in 1998, purchasing power increased in Russia, followed by increased drinking and decreased life expectancy.

The third wave, beginning around 2003 and continuing through the present, saw the enactment of a number of government policies aimed at alcohol consumption. These included greater restrictions on hours of sale and the locations in which alcohol can be sold, increases in minimum pricing and alcohol taxes, stricter licensing, and prohibitions on public drinking.

At the same time, the authors note that Russian drinking patterns changed, shifting somewhat away from vodka and toward beer.

Although the study can't prove that the decrease in alcohol consumption directly led to improved life expectancy, the link is strong, waxing and waning in tandem over time. "Trends in estimated total alcohol consumption and official alcohol sales strongly correspond with the observed shifts of mortality," the authors write.

In a related editorial, William A. Pridemore, of the School of Criminal Justice at SUNY Albany, concurs that regulations are effective but that the narrative is often complex. "Alcohol policies also may be rooted in culture or a zeitgeist that affects health outcomes independent of regulations," he writes.

"For example, a developing nation with high consumption enacts alcohol regulations, but also enacts other health-related policies, and goes through demographic transition, and experiences economic growth."

"The amount and type of regulations are driven by social forces, some of which might also influence health via other mechanisms," he writes.

"[A]lcohol policy is effective in reducing harm," according to Pridemore, "but is embedded in a complex network of social, political, and economic forces that make it difficult to discern its precise effects."

Materials provided by Journal of Studies on Alcohol and Drugs.