An alarming number of teens practice self-harm, but lesbian, gay and bisexual teens may be more than twice as likely as their straight peers to cut, hit or bruise themselves, new research warns. 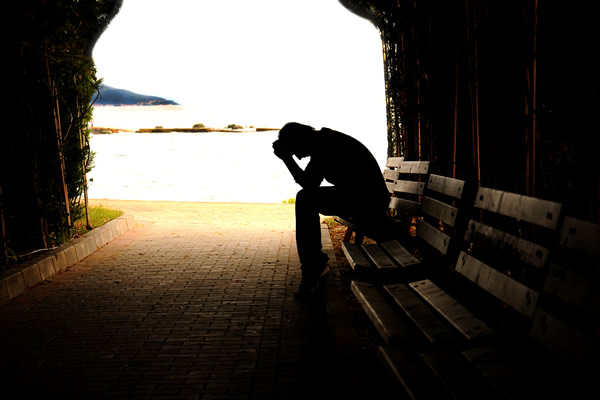 While between 10% and 20% of heterosexual teens engaged in these dangerous behaviors, 38% to 53% of lesbian, gay and bisexual teens did, the study found.

AdvertisingAllergy sufferers beware, its not just the spring you have to worry about, fall allergies exist too

What's more, "rates of [self-harm] have decreased among heterosexual youth from 2005 through 2017, but not among [lesbian and gay] youth over the same time period," added Liu. He is an assistant professor in the department of psychiatry and human behavior at the Alpert Medical School of Brown University in Rhode Island.

That is a "striking" development, he said, "given that the very high [lesbian, gay and bisexual] rates meant that there was greater room for potential improvement."

What explains the trend? Liu suggested that the "stigma and discrimination experienced by these youth may be contributing factors," putting these teens at greater risk for "poor mental health outcomes, including depression, and suicidal thoughts and behaviors."

The finding follows an analysis that looked at self-injury risk among more than 21,000 high schoolers in the state of Massachusetts between 2005 and 2017.

Bridget Hughes serves as senior director of youth services at the Hetrick-Martin Institute (HMI) in New York City, the nation's first and largest organization that provides free services and advocacy for LGBTQ youth.

"While the findings are alarming, they aren't surprising to us at HMI, given what we see regularly among youth coming in to our programs," she said.

Hughes noted, for example, that from an early age, LGBT youth -- particularly those of color -- are often subject to "emotional isolation" as a result of blame, shame and criticism of their core identities and feelings. They are also much more likely to end up homeless, in foster care or involved with the juvenile justice system, and they face a harder time finding work, she added.

Hughes also pointed out that prior studies have demonstrated a clear link between self-harm and emotional distress, psychiatric conditions and self-directed negative emotions and self-criticism.

"[So] it's not a surprise to me that these realities have an impact on mental health, and that the result is higher levels of self-harm," she said.

As to what can be done to reduce risk, Liu noted that "unfortunately there is unlikely to be a single, simple solution for this issue. [But] greater focus on educating and training parents, teachers and primary care providers regarding signs of risk and available mental health resources may be an important step."

Data from the study was drawn from the Massachusetts Youth Risk Behavior Surveillance System. Liu pointed out that Massachusetts was the first state in the nation to specifically gather information on its residents' sexual orientation, and 2005 was the first year in which the state launched surveys that included a focus on non-suicidal self-injury rates.

The findings were published online June 3 in JAMA Pediatrics.