THE HUMAN BRAIN is an amazing organ that helps us become concert pianists, vascular surgeons, rocket scientists and emotionally connected human beings with families, dreams and ordinary lives. But within all that complex wiring, sometimes things go wrong, leading to mental health disorders. Cyclothymia is just one of many ways the brain and its vast capacity can occasionally cause problems for an individual. 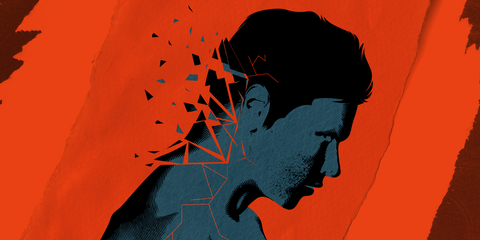 “Cyclothymic disorder is actually a subset of bipolar disorder, according to the DSM-5,” says Dr. Cathleen Marie Adams, a pediatric psychiatrist with Geisinger in Danville, Pennsylvania. (The DSM-5 is the fifth edition of the American Psychiatric Association’s Diagnostic and Statistical Manual of Mental Disorders, a catalog used by clinicians to help identify and treat mental health problems.) “To understand cyclothymic disorder, you need to have an understanding of bipolar disorder.”

The National Institute of Mental Health reports that “bipolar disorder, also known as manic-depressive illness, is a brain disorder that causes unusual shifts in mood, energy, activity levels, and the ability to carry out day-to-day tasks.” There are four primary types of bipolar disorder, all featuring “clear changes in mood, energy and activity levels.”

These four types are:

This disease is “defined by manic episodes that last at least seven days, or by manic symptoms that are so severe that the person needs immediate hospital care,” the NIMH reports. Depressive episodes typically last at least two weeks and having symptoms of both mania and depression simultaneously is possible.

“Bipolar I disorder means having periods of mania as well as depression,” Adams says. Mania is defined as a period where “mood is elevated” to an excessive point. People experiencing manic symptoms may become irritable, have very high levels of energy and engage in “a lot of goal-directed activity,” which isn’t always a positive thing, as these goals may revolve around risky activities that may be self-destructive or dangerous to the person’s health and safety.

Other symptoms of mania can include “inflated self-esteem or grandiosity and a decreased need for sleep even after having very little sleep.” This can lead to a situation where someone might be taken with the notion of “staying up all night to write the next great American novel when that person has only ever successfully written an essay,” Adams says.

People experiencing a manic episode also usually have “racing thoughts and excessive involvement in risk-taking. Those periods have to last longer than a week,” and a patient with bipolar I disorder will experience them “every day for most of the day. It’s a pretty significant episode of mania. These people are often so impaired they’re hospitalized.”

People with bipolar I will also have periods of excessive depression that can be debilitating and equally as severe as their manic episodes but on the opposite end of the mood spectrum. Lethargy, a loss of interest in subjects and activities that used to be enjoyable and sometimes suicidal thoughts and actions can all occur during a depressive episode in people with bipolar I disorder.

This mood disorder is somewhat less severe than bipolar I, with episodes of elevated mood that don’t quite reach the level of mania. Called hypomanic episodes, they can still be dangerous, disruptive and distressing.

Also called cyclothymia, this illness also causes hypomanic and depressive episodes that cycle through and last two years or more, but the symptoms don’t meet the diagnostic criteria to be classified as bipolar I or II. Dr. Philip R. Muskin, a psychiatrist at New York-Presbyterian and Columbia University Irving Medical Center and outgoing secretary of the American Psychiatric Association, says people with cyclothymic disorder have mood fluctuations that cycle through. “That’s why it’s called cyclothymia,” and while these fluctuations may look a bit like bipolar disorder, “they don’t meet the full criteria for a manic or depressive episode that a bipolar person experiences.”

These cycles tend to be unpredictable, but Muskin notes that it’s “not just a day of feeling blue or more animated. These symptoms can last for weeks.” Often a coworker, friend or partner will notice the cycle when the individual with the disorder does not. “Maybe you’re a little more irritable or tough to handle. Your tolerance for annoyances may go down. You may be much more interested in sex than is typical for you, and your partner may find that’s not OK,” he says.

In the hypomanic phases, you might feel on top of the world, but don’t reach the point of psychosis that a person with bipolar disorder may achieve. During depressive periods, you may feel “dangerously or profoundly depressed and experience changes in appetite or sleep, feelings of guilt or worthlessness,” Muskin says.

Other Specified and Unspecified Bipolar and Related Disorders

These disorders don’t meet the diagnostic criteria of the other, more defined disorders, but are mood disorders that likely require treatment.

Although some people refer to cyclothymia as a “light version” or “less severe” case of bipolar disease, this description may do a disservice to some patients with cyclothymia. “I wouldn’t call it “bipolar lite. It’s a real form of a mood disorder,” and not just a lighter version of something else, Muskin says. “People who have a mood disorder have problems with interpersonal relationships,” and these disorders can cause damage to marriages and partnerships, professional careers, even family connections.

“Even if you’re a really nice person, when you get depressed maybe you’re less nice,” Muskin says, and that can put a strain on interpersonal relationships, in part because it can sometimes be difficult for loved ones to understand what you’re going through and be supportive if you’re down in the dumps and feeling very gloomy and negative.

On the flip side, if you’re feeling manic, “you might empty the bank account or really unpleasantly demand sex from your partner,” Muskin says. In some cases, a person experiencing the hypomania of cyclothymia pursues sexual encounters outside of a committed relationship. “What if your partner finds out you’ve been unfaithful” during an episode? “That can be very disruptive,” but it may be difficult for someone without the condition to fully understand what’s happening and why. But as Muskin notes, cyclothymia is “an illness” that lies outside the conscious control of the person with the disease.

Dr. Charles Herrick, a psychiatrist and chairman of psychiatry at Western Connecticut Health Network, says that although science still isn’t sure exactly what causes cyclothymia, it seems that it tends to run in families. If you have a family member with cyclothymia or a bipolar disorder, you’re at greater risk of developing it, too, suggesting a genetic component to the disorder.

But genetics aren’t the only risk factor. “Environmental factors and stressful or traumatic events also play a role,” says Dr. Vinay Saranga, psychiatrist and founder of Saranga Comprehensive Psychiatry. In addition, these mood disorders may occur on something of a spectrum, he says, with cyclothymic people having a “15 to 50 percent higher risk of developing full-blown bipolar I disorder.”

The Mayo Clinic reports that in order for a diagnosis of cyclothymia to be made, patients must have the following:

Several periods of hypomanic symptoms and periods of depression over at least two years with highs and lows occurring during at least 50 percent of that time.Periods of stable mood lasting less than two months at a stretch.Symptoms causing a significant impact in social, work, school or other settings.Symptoms that don’t fit a diagnosis of bipolar disorder.Symptoms that aren’t caused by substance use or a medical condition.