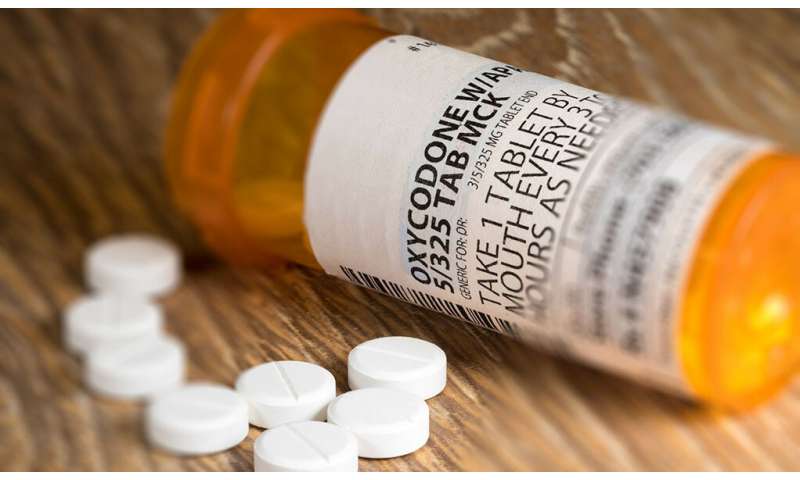 As the opioid overdose epidemic continues to take its toll, causing 47,600 deaths in 2017, researchers continue to seek innovative solutions to the crisis. At Yale, a team of medical experts and students have come up with a tool that could help individual opioid users with one of the most important strategies to fight addiction: medication treatment.

Two years ago, assistant professor of medicine Dr. David Rosenthal was giving paper handouts to patients taking one of the FDA-approved addiction treatment medications, buprenorphine. The handouts crudely instructed patients on how to take the drug on their own. He wondered if instead of the handout, a digital guide would be a better service to today's more tech-savvy patients. Rosenthal enlisted medical students Josh Feler and Patrick Liu in the project, and they quickly turned around a working mock-up.

The next step was collaborating with Yale psychiatrist Dr. Theddeus Iheanacho, who suggested they apply for a grant. With $25,000 in funding from a VA innovation grant, they hired developers and tested the app with veteran patients. "Then we were off to the races," said Rosenthal. "We have been developing a first version for about a year."

A tech tool for the opioid age

This free smartphone app, called BUP Home Induction, walks patients through the first three days of taking buprenorphine, which is referred to as the induction phase.

Buprenorphine relieves opioid withdrawal symptoms and helps patients stay off unprescribed or street opiate drugs. Years ago, patients would start taking the medication under supervision at a hospital or detox facility, said Rosenthal. But research supported the practice of having opioid users begin the drug at home. Yet patients often still needed guidance on getting to the right dose for them, which typically takes 2-3 days.

With BUP Home Induction, they receive clear, detailed instruction on what to do each of the first three days. "It's a companion to the medication," Rosenthal noted. Initially, the app asks users to check off symptoms to make sure they have started withdrawal and are ready to initiate the drug. Those symptoms include sweating, anxiety, nausea, and abdominal pain, among others. If patients confirm at least five symptoms, the app instructs them to start their first dose. 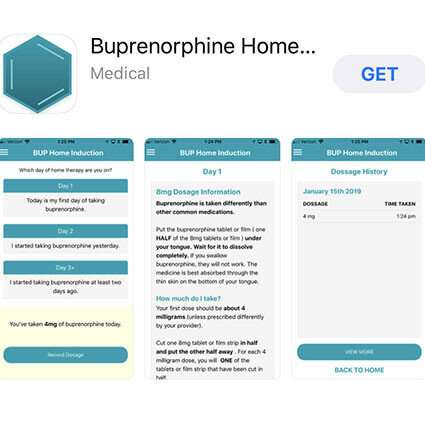 During the course of the three days, patients can read detailed information on how to take the medication, which dissolves under the tongue, and then record their dosage, between 2 and 16 mg. The app maintains patient privacy as they are not asked to record any personal information. By day three, they should have arrived at their optimal dose.

The app is also beneficial to clinicians, says Iheanacho, who treats homeless veterans with opioid use disorder. "It can help buprenorphine providers see more patients by providing them support for home-induction versus office induction," he said.

Now that the app is available for use, Rosenthal and his colleagues plan to evaluate it and apply for grants to study its use. They are also collecting data on downloads from androids and iPhones. Their ultimate goal is to raise awareness among doctors and patients so they adopt the tool. "We're adopting it in the Connecticut Veteran Affairs Healthcare System (Connecticut VA), and looking at how we can bring it into clinical practice," he said.

The word is already out: Other addiction researchers at Yale and at the Connecticut VA, where Rosenthal runs a program for the homeless, plan to incorporate the app in studies. "We see this as a tool that can be used across platforms in lots of research studies," noted Rosenthal.

The team has also heard from researchers at other institutions who are interested. "This is a nonprofit, nonpaid free tool for patients who are vulnerable," said Rosenthal. "Anything we can do to promote well-studied medications that save lives, we should be doing it."